253-220-6005
Here at Precision Garage Door of Seattle, we work hard to maintain a high standard of quality in our business - with our team, our products, and our service. We live where our customers live in the Tacoma area and consider it a privilege to help make homes beautiful, secure, comfortable and convenient. Give us a call, and we'll take good care of you, too!

Service was timely to when I called. Dachum was excellent. Figured out the issue quickly and took care of it. I am very pleased with the entire service from phone call to completion. 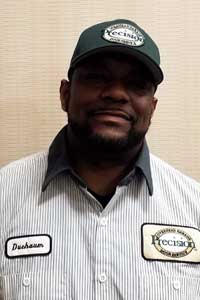 I'm shocked we had to pay for a service call when we have had the opener when we've had the door for less than a year. What happened to customer service? Disappointed and we hope the problem is resolved.

Chris provided a great review of our door needs and his estimate was based on knowledge of the industry. We look forward having Precision replace our garage door.

I am pleased with the tech who came out and showed me what had gone wrong. A simple fix if I had known about the mechanics of how the door system works.

Caleb did an excellent job to fix a problem that the last tech couldn’t fix the two times he had been here. Caleb listened and didn’t place the blame on me. He didn’t try to nickel and dime me. He worked fast and efficiently until he had an accidental hiccup. I will call him back because accidents do happen. Warmly, Krystal 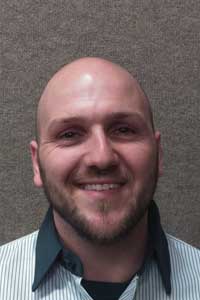 My original service was needed because I backed into my partially opened garage door and it got knocked off it's track and would not open or close. A technician, I believe his name was Bryson, came out that same day and got the door to open and close. However, later I noticed that the door did not come down as far on either side. That left a gap that would have made it easy for rodents, etc. to gain access to my garage. I called for another appointment and Caleb came out. He put a new metal piece across the bottom of the door and a new rubber piece across the bottom that filled in that gap. So far that is working. Hope it lasts. I think all of that work should have been done when the first technician was here. I was not charged another service fee, since technically the job was under warranty, but I did have to pay for the additional repairs. Also, the time scheduled for this appointment was between 8am and 10 am and I was told that I would be called 10 minutes before he arrived. I was not called. I was texted, which I missed, and he arrived a little before 8am. I was not quite ready for him. After he left, I returned my car to the garage and the door would not close. It took a while to get someone to help me on the phone. The phone menu doesn't connect me to a real person. Finally, after someone called me back and I explained the problem, they offered to send someone back the next day. I told them that wouldn't work for me. They finally called Caleb and he called me. He had disconnected the door opener at some point and forgot to reconnect it. He told me how to fix the problem. He also gave me his phone number in case I couldn't do it. I managed to reconnect it. All this said, he was courteous and seemed like a good worker.

Real polite new his job and did excellent work.

Our garage door was fixed with in the day we called about our problem. Robert was very helpful in answering any questions that I had. Also showed me how to correctly open the garage door from the wall unit. We were very satisfied.

Aaustin Kephart is an outstanding, courteous and competent employee! Thanks for sending him to repair my garage door! Mary Ellen Goodwin

It was not a broken door spring repair. If that was what I was charged for, that was an error on your part. I had backed into a partly open garage door and it would not open or close. Bryson was able to arrive before the scheduled time and had the door fixed is short order. I gladly paid the price even though I thought it was high for the work that was done.

Appreciate Grayon's professionalism and promptly fixing our garage door motor issue with the quick limit switch repairs. Service was geat and the company takes care of you well. Thanks again, all!

Robert did a a very good job on my garage door. I would like him to return to install a key pad on my frame. Please call me with an appointment time.

5 Star Service from beginning to end. My garage door had been badly damaged by a break-in attempt. I felt unsafe and called Precision Door because they have excellent reviews. PD was able to send out tech DJ THAT day!! He was able to to lift the door to get my car out and secured my door so I could sleep better that night. My door installation went smoothly, the door is beautiful,very good construction. Techs Matt and Esighe are personable AND professional. They got the job done and wanted me to be Happy about my new door. If you want a high quality door and precision installation, call Precision Door, the name says it all. Thank you! 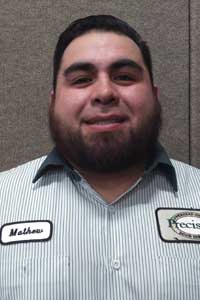 Very professional work done by Mr. Akins. This install turned out better than I expected and done on time. I cannot say enough about how pleasant and professional Jordan was. Thank you for the quality door and complete service your company provides. (I’ve shown my door to my neighbors and I hope they choose your company for their installations. )

I am very happy with the work Duchaum Joseph did in repairing our garage door. He also gave me some very good advice on how to maintain my garage door in good working order. Overall, I am very pleased with his work and will continue to use Precision Door Service in the future when and if needed.